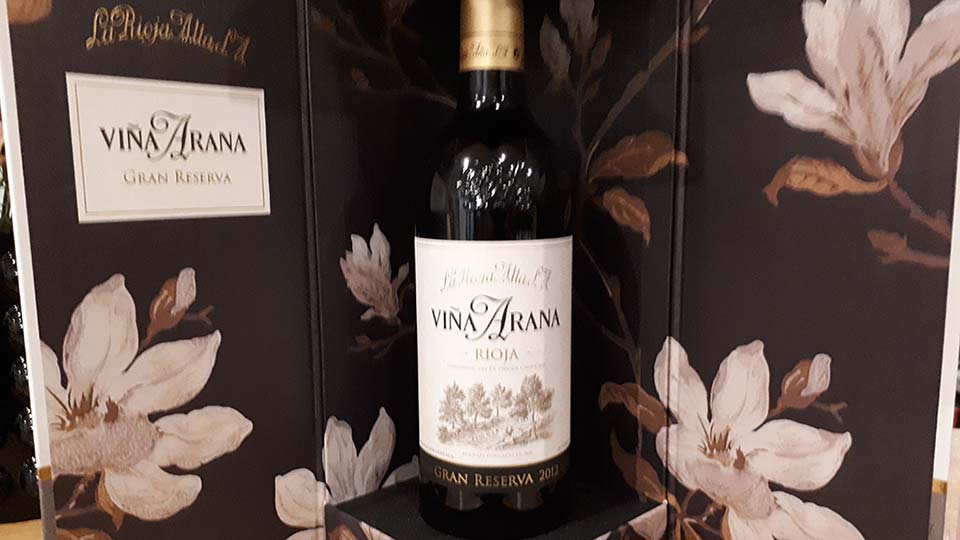 Winner of a Platinum Award and a score of 97 points at the Decanter World Wine Awards, Vina Arana Rioja Gran Reserva 2012 is a wine that more than lives up to hype of its dramatic and ostentatious packaging.

This Spanish red is simmering with plum jam, dark cherries, red berries and wild strawberries. Its three years in oak have imported notes of vanilla, cedar, cigar and something that evokes thoughts of holiday breakfasts with coffee and fresh almond croissants in the sunshine. It’s a spectacular blend of Tempranillo and Graciano from 40-year old vines and every inch a classic.

Formed in 1890 by three families – the Ardanzas, the Aranas and the Alberdis – La Rioja Alta sets the benchmark for the entire Rioja region. They are famed for their classic Spanish reds, which are aged for an inordinately long time, making them a go-to for all connoisseurs of Rioja.